The Meaning, Scope and Significance of her Legacy

Born with an impeccable literary lineage – her father was Sajjad Hyder Yildirim and her mother Nazre Sajjad Hyder, both early and vigorous proponents of Urdu fiction – Qurratulain Hyder wrote her first story at the age of 11. Her first collection of short stories, 'Sitaron se Aage', published in 1945, established two singular qualities about this rising star on the Urdu firmament: one, her steadfast refusal to write only on 'womanly' subjects; and two, her ability to consistently produce polished, lyrical prose at a time when poetry held sway. Over the years, she produced a formidable array of travelogues, translations, novels, plays, novelettes and short story collections.

This volume attempts to re-visit her legacy and to place her work, critically and objectively, in the trajectory of post-Independence writing. It attempts, also, to offer 'the River of Fire' as a metaphor in which the writer must sink or swim whenever he/she chooses to cross from one bank to the other, that is from the moment he/she crafts a piece of writing to the time it is read and understood by his reader. An eclectic group of writers – from across disciplines, languages and nationalities – come together to 'locate' her in the continuum of post-independence studies. 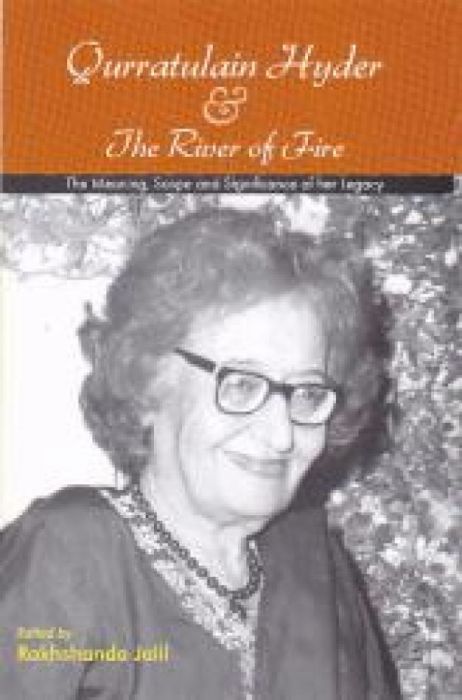