An Argument for Socialism Oriented Path of Development

Essentially a theoretical exercise, this slim volume –T. Negi Reddy Memorial Lecture-offers a Marxist view of the current economic and political situation in India. Focussed on and detailing the post-independence (Nehruvian) national project, its outcome and collapse, the ruling classes shift to ‘globalisation’ – an openly avowed capitalist path of development distinct from and in opposition to that of india’s ruling classes, the argument touches upon such issues as the concepts of ‘globalisation’ and ‘development’ the current crisis of global capitalism, Marx’s Perspective on socialism and the changed reality of the world, the soviet experience and achievement, the need to dissociate socialism from authoritarianism it has come to associated with, the pursuit of revolutionary politics in regimes of bourgeois democracy, and so on. Pointing out that ‘development’ , as something desirable, is not synonymous with capitalist development, the author argues for a socialism-oriented path of development for the country and concludes with a brief comment addressed to the revolutionary Left in India that T. Nagi Reddy was associated with.

This edition also carries an appendix on Operation Green Hunt. 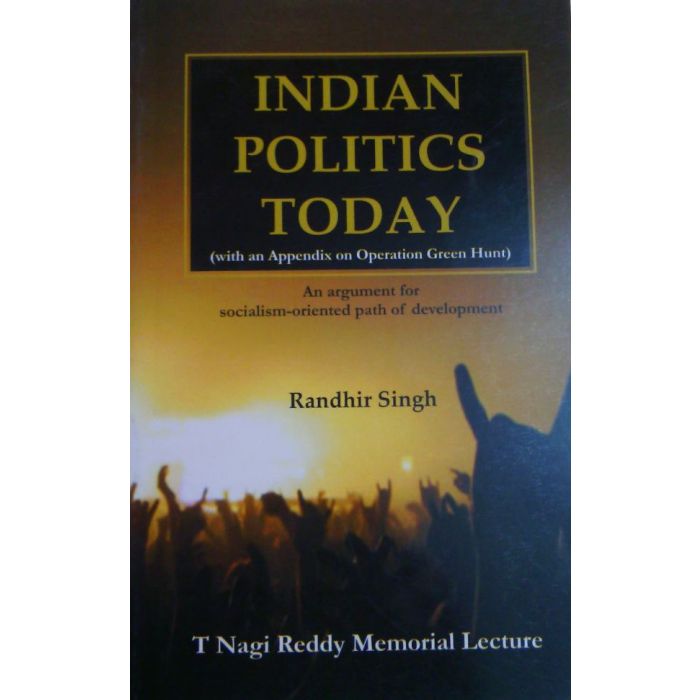