On Nationalism and Communalism in India

Discussing Indian nationalism from the standpoint of its revolutionary tradition (Bhagat Singh and others) the author makes a distinction between nationalism before and after 1947. The former was progressive and liberationist in its opposition to imperialism and the latter can well be reactionary in that it serves to obscure the reality of our class-divided society and helps line up people behind ruling class politics. The two pieces on communalism are essentially theoretical exercises. It is suggested that most contemporary thinking, writing or theorization on communalism, its achievements notwithstanding, is seriously flawed by an ideological error on the one hand and a methodological limitation on the other. The ideological error, which has virtually pre-empted the entire field of thought or study on communalism in this country, lies in understanding communalism from the standpoint of nationalism. And the methodological limitation lies in studying contemporary communalism in an essential empiricist and often ahistorical manner.

Both the error and the limitation are critically examined to argue for the validity of a Marxist approach to the study of social phenomenon, in the present case of communalism. As the argument proceeds, the notion of ethical neutrality, a staple of mainstream scholarship, is questioned. It is pointed out that every explanation or understanding invariably has a value slop, that is, it is suggestive of a prescription. Therefore your understanding necessarily yields a response to the problem of communalism; it could be a liberal, radical or revolutionary response. Hence the importance of how one explains or understands communalism in modern India. In deference to conventional practice, the author concludes with a definition of communalism in contemporary India. 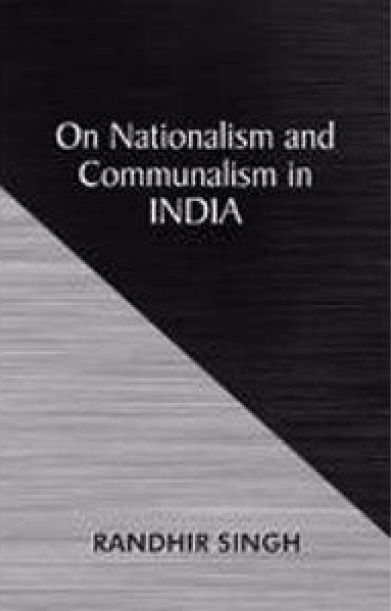