Debates of the British Communist Historians, 1940-1956

This book offers a fascinating insight into ideas in the making – a glimpse into some of the early debates inside the History Group of the Communist Party of Great Britain, whose members included Christopher Hill, Rodney Hilton and Eric Hobsbawm. The outstanding contribution to historical studies of these and other members of the group is now almost universally recognised. The debates they initiated formed the ground for academic research that is still continuing, in particular, their work on the nature of English civil war and revolution in the seventeenth century, and on the development of capitalism in Britain. This book focuses on the debates of the sixteenth- and seventeenth-century section of the group and their work on ideology and absolutism. It reproduces original documentary material – single contributions, reports and minutes – from the debates, and also includes an informative introductory essay as well as useful notes and appendices.

David Parker is Emeritus Professor of Early Modern History at the University of Leeds. His books include The Making of French Absolutism (1983); State and Class in Ancient Regime France: The Road to Modernity? (1996); and (as editor) Revolutions and the Revolutionary Tradition in the West, 1560-1991 (2000). 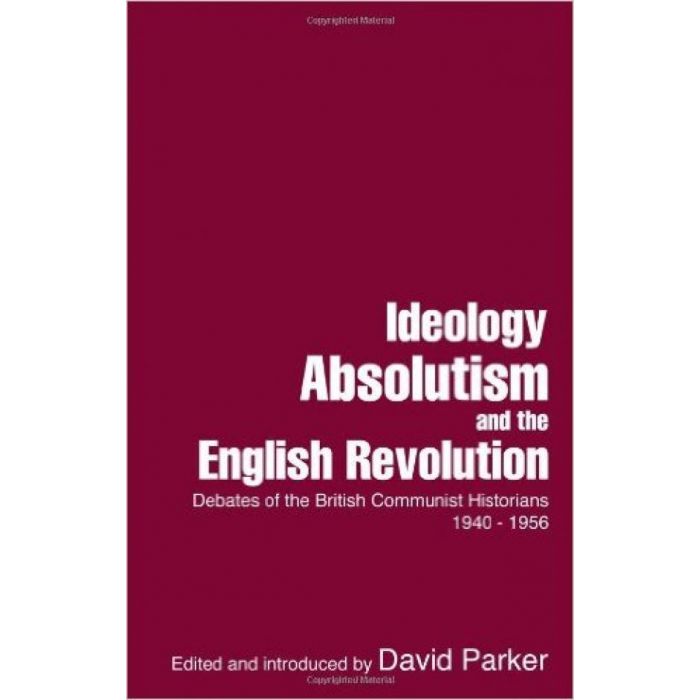