In his 'Secret Speech' of February 1956, Nikita Khrushchev accused Joseph Stalin of immense crimes. Khrushchev's speech was a body blow from which the worldwide communist movement never recovered. It changed the course of history.

Grover Furr has spent a decade studying the flood of documents from formerly secret Soviet archives published since the end of the USSR. In this detailed study of Khrushchev's speech he reveals the astonishing results of his research: Not a single one of Khrushchev's 'revelations' is true!

The most influential speech of the 20th century – if not of all time – a dishonest swindle? The very thought is monstrous; the implications for our understanding of Left history – immense. Basing their work on Khrushchev's lies, Soviet and Western historians, including Trotskyists and anti-communists, have effectively falsified Soviet history.

Virtually everything we thought we knew about the Stalin years turns out to be wrong. The history of the USSR, and of the communist movements of the 20th century, must be completely rewritten. 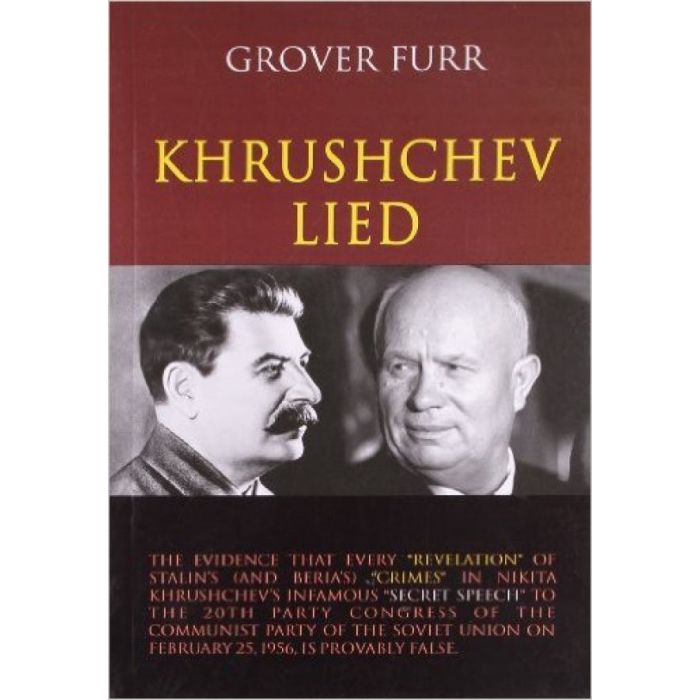 Khrushchev Lied is a marvelous piece of work, formidable in its research and reasoning, clear and precise in its writing, and breathtaking in its findings and implications. Revisiting old sources and using new material from the Soviet archives, Grover Furr's study demands a complete rethinking of Soviet history, socialist history, indeed world history of the 20th century.