Anant Raje Architect: Selected Works 1971–2009 features over thirty projects that Raje had assembled into a skeletal draft – of both built and unbuilt works, and competition entries. Each project is extensively illustrated with photographs, models, drawings, sketches and reflections by the architect, many of which are previously unpublished. These have been selected and assembled from Raje's office archives, diaries, interviews, publications and lecture transcriptions. The book includes essays by Raje on his seminal association with Louis Kahn in Philadelphia and the subsequent continuation of his work at the Indian Institute of Management in Ahmedabad, as well as reflections on his independent practice, methods, sources, and inspirations. It also contains a chronological listing of all his projects, and of his lectures and teaching assignments. As a whole, the material in the book presents the architect both at work and in reflection of it. For the many who knew him, the book is a eulogy; for others, it is a record of a working life.

A few years before his death in 2009, Anant Raje had begun to assemble a draft of his works – published and unpublished. The present book is inspired by that draft, which remained unfinished. Raje's meticulous documentation of the process of thoughts that gave direction to design and of the development of construction details, and the eventual record of the building form an elaborate archive. The collection of photographs, drawings and notes provides clues to the many fundamental problems and situations he constantly wrestled with. To monitor, sift and make a selection from such an archive is perhaps the only way of providing the first point of public contact with the very private, very varied and fulfilled life of someone who treated the profession of architecture as a personal discovery.

Anant Raje (1929–2009) was a well-known architect, intellectual, and teacher. He graduated in 1954 from the J.J. School of Fine Arts, Mumbai. He started his architecture studio in India in 1969, upon returning from working with Louis Kahn in Philadelphia. Raje's association with the School of Architecture, CEPT University, was consistent throughout the period of his independent practice; he was Professor Emeritus, and also Director of the School in the 1980s. He also taught at the National Institute of Design, Ahmedabad and at the University of New Mexico, Albuquerque. He was Visiting Professor at several universities in the United States, Europe and Australia, and he lectured extensively at architecture schools in India and around the world.
ART & CULTURE | URBAN STUDIES |
Skip to the end of the images gallery 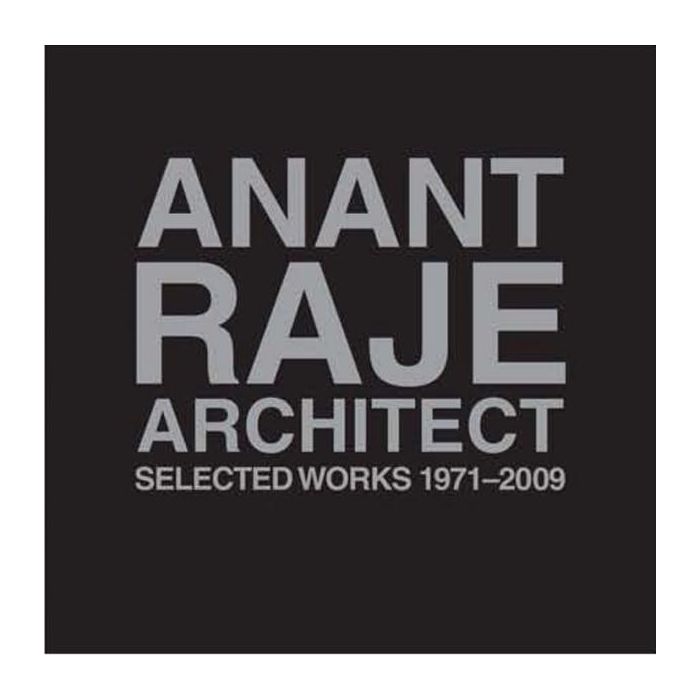