Today, the Indian state claims to embody the values of a stable political democracy, a harmonious territorial unity, and a steadfast religious impartiality. Even many of those critical of the inequalities of Indian society underwrite such claims. But how far do they correspond to the realities of the Union? If they do not do so, is that simply because of the fate of circumstance, or the recent misconduct of its rulers?

The Indian Ideology suggests that the roots of the current ills of the Republic go much deeper, historically. They lie, it argues, in the way the struggle for independence culminated in the transfer of power from British rule to Congress in a divided subcontinent, not least in the roles played by Gandhi as the great architect of the movement, and Nehru as his appointed successor, in the catastrophe of Partition. Only a honest reckoning with that disaster, Perry Anderson argues, offers an understanding of what has gone wrong with the Republic since Independence.

The ‘Idea of India ’, widely diffused not only in the official establishment, but more broadly in mainstream intellectual life, side-steps or suppresses many of these uncomfortable realities, past and present. For its own reasons, much of the left has yet to challenge the upshot: what has come to be the neo-Nehruvian consensus of the time. The Indian Ideology, revisiting the events of over a century in the light of how millions of Indians fare in the Republic today, suggests another way of looking at the country. Marx, urging his contemporaries to ‘face with sober senses their real conditions of life ’, furnishes an example of how that might be done.

Perry R. Anderson (born September 1938) is a British historian and political essayist. A specialist in intellectual history, he is often identified with the post-1956 Western Marxism of the New Left. He is Professor of History and Sociology at the University of California, Los Angeles (UCLA) and a former editor of the New Left Review. Anderson has written several books. 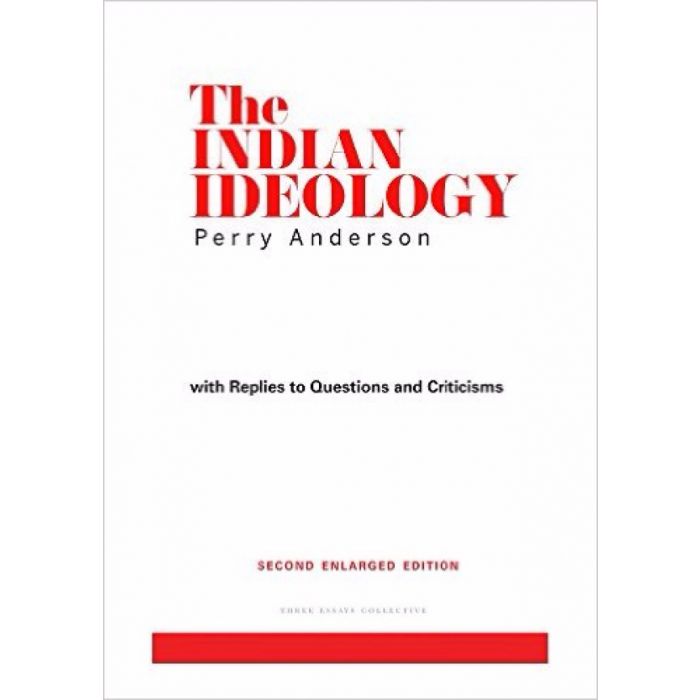