The October Revolution and Women in the West 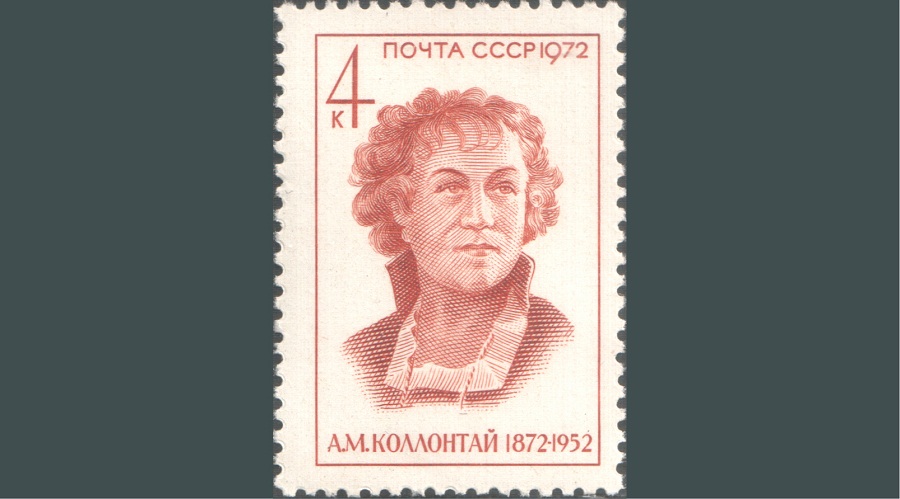 Alexandra Kollontai (1872-1952) was among the leading figures of the Russian Revolution. However, as Parvathi Menon observes, her ‘revolutionary legacy slipped into relative obscurity in the decades following her death’. This is surprising given the fact that not only did she live an extraordinary life, both personal and political, she left behind voluminous writings; some of which you can read in our 2017 volume of her selected essays, The Soviet Woman, edited by Parvathi Menon. We share with you today one short article she wrote in 1927 – towards the end of her active political career – where she talks about the indirect effects of the 1917 Revolution.

What has the October Revolution Done for Women in the West?
1927

What the October Revolution has achieved in terms of the emancipation of working women in the Soviet Union is well known to all, is clear and indisputable. However, what effect has the Great October Revolution had on the movement for the emancipation of women in other, bourgeois countries abroad? What has it contributed to the creation of the ‘new woman’ involved in the tasks and aspirations of the working class?

World war, which, in Europe and North America, drew enormous numbers of women from the poorer sections of the population, and those with moderate means into the whirlpool of production and state administration, undoubtedly served to advance considerably the cause of female emancipation. The rapid growth of female labour brought with it unparalleled changes in family life, and in the overall mode of life of women in bourgeois countries. However, this process of female emancipation would scarcely have advanced any further, without the powerful example of the October Revolution. The October Revolution helped to bring about a new evaluation of women, to reveal and confirm the view of women as socially useful labour units. From the very first days of the October Revolution it became clear that women’s energies are needed not only by the husband and the family, as had been thought for thousands of years, but also by society, the whole social collective, the state.

However, that this phenomenon is an inevitable historical fact, that the formation of a new type of woman is linked to a general shift towards the creation of a new, working society, is something that the bourgeoisie cannot and does not wish to recognize. If it were not for the October Revolution, it would still be generally believed that the woman earning her own living is a temporary phenomenon, and that the woman’s place is in the family, standing at the back of her husband bread-winner. The October Revolution changed many concepts. This radical change in the evaluation of the tasks and vocation of women in the Soviet Union has affected the attitude to women far beyond the borders of the Soviet Union. We can now meet the new woman everywhere, in every corner of the world. The new woman is a mass phenomenon, with the exception, perhaps, of women in the semi-colonial and colonial countries, where the development of the productive forces is impeded by the predatory rule of the imperialists. However, even there, given the struggle for national self-determination and against imperialism, the new woman is being moulded in the very process of struggle. It is impossible to succeed in the struggle between social groups and classes without the cooperation of women.

The new woman is essentially an independent labour unit whose energy is used not to serve the interests of a private family economy, but to perform socially useful and necessary labour. She is being liberated from those inner moral characteristics which marked the woman of the past. Female triviality, conservatism and restricted range of ideas, her envy and malice towards other women as rivals in the hunt for a provider – all these characteristics are no longer necessary in that sphere where she is now struggling to survive. As soon as the woman starts to live by her own work, she needs to develop different qualities and acquire new habits, and millions of working women throughout the world are hastening to morally re-arm themselves.

It is interesting to observe how, not only in our country but also abroad, women are learning to be efficient and workers whose labour is necessary. They are fully aware that their own well-being, and often also the existence of their children, depends directly on them, on their work and qualifications. Externally and internally they are adapting to the new conditions in which they live. Internally, psychologically, they are ceasing to be those patient, obedient beings who gave themselves wholly to husband and family. Now women have no time to be ‘sentimental’, and even less can they be ‘obedient’ and patient. It is more important that they be sure of their own strength, resolute in their actions, and not distracted by their emotions. …

In addition to their efficiency and their attempts, by raising their qualifications and improving their health and physical strength, to increase their value on the labour market, the new working women differ from the women of the past also in their strong feelings for and consciousness of their links with their class, with the collective. Women are involved in politics and, once again, if war drew large numbers of women into the political struggle, it was only the October Revolution which recognized publicly, by its laws, by the entire practice of the new Soviet system, that once the woman is working in and for society, she should be recognized as an active citizen. The enormous shift in the position of women in the Soviet Union has encouraged contending social groups to attempt to draw women onto their side. Everywhere, in every country, the political activity of women has shown unprecedented growth over the last ten years. Women are becoming members of government (Bang in Denmark – minister of education; Margaret Bondfield in the Ramsay MacDonald cabinet in Britain), they are entering the diplomatic corps and becoming the inspirational force behind major revolutionary movements (as for example Sun Tsin-lin, the wife of Sun Yat-sen). Women are learning to head departments, to take charge of economic organizations, to guide policy.

Featured image: USSR stamp of Alexandra Kollontai (1872-1952); part of the ‘Outstanding Workers of the Communist Party of the Soviet Union and for the State’ series. Issued on 20 March 1972.