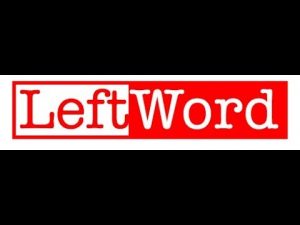 2018 has been an eventful year for us at LeftWord Books. We've published 7 books till now and there are 8 more titles in our schedule for this year. This blog is a brief review of our books this year and also includes the reviews that our books received, their excerpts from various publications, interviews of our authors and events around our books.

The essential writings of Lenin, in a single volume, for the radical revolutionaries of today and tomorrow. Edited by Vijay Prashad, this book is available here.

Shujaat Bukhari was one of the most vital, balanced and well-informed voices in Kashmir. Perhaps for this reason, the 50-year-old journalist was shot dead by motorcycle-borne gunmen in Srinagar on the evening of June 14, 2018, as he was leaving the office of Rising Kashmir.

A voice has been silenced. But before he was killed, Shujaat Bukhari documented for Frontline magazine the damage done to Kashmir. This book collects Shujaat Bukhari's reports from May 2017 to his assassination. He reflects here on the policies of the Indian state (including the impunity given to the army), the hate-filled politics of the Hindu Right (exemplified in the rape and murder of an eight-year-old girl in Kathua), the alienation of the Kashmiri people, the protests of young people (and their use of social media) and the rise of a new kind of militant (such as Burhan Wani). These are detailed assessments, essential reading for anyone who wants to know about the old and new forces inside Kashmir.

The pieces offer insights into the ways and means to bring about lasting peace in the valley – a cause for which Shujaat lived and died. Available here.

This book is available for free download: as PDF and Mobi (Kindle). Also, visit All India Kisan Sabha for information on the several Kisan agitations and struggles going on all over India.

Ranjini Basu and Aparajita Bakshi reviewed the book for the Journal of Foundation of Agrarian Studies. The review calls the book an "important and timely documentation of a protest that framed the problems and issues facing a majority of the peasantry into a set of clear demands backed by the power of organised collective action." We had another review in Countercurrents.org by Theo Vynnychenko Kenji.

Indian Cultural Forum and Scroll ran excerpts from Danish Husain's fable on Modi. You can read them here and here. For Pune Mirror, Vinutha Mallya interviewed Eve Ensler, one of the contributors to the book. In her interview, Eve Ensler talked about her decision to not mention 'Donald Trump' by his name in her fable and rather refer to him as a virus and a narcissist. June 2018 saw the elections in Turkey where Tayyip Erdogan won the presidential elections. In a short interview for our blog, Burhan Sonmez talked about the possible aftermath of Erdogan's victory and the challenges for the progressive forces in Turkey.

The RSS feed on fear. Fighting them requires depriving them of it. Pinarayi Vijayan, Chief Minister of Kerela, was born in Kannur, ground zero of RSS terror. He has seen the worst that they have to offer. And he's not afraid.

At the time when democracy is in danger, with an organization bent on dismantling the secular tradition of India holding the reins of power at the centre and in many states, Vijayan's bold pronouncements challenging the BJP-RSS to combine to have a comforting quality. They remind us of the spectre in our midst – dividing people, suppressing women, stifling dissent, while slyly doing the biding of the neoliberal elite. More importantly, they reassure those on the left that all is not lost.

The battle for a secular and democratic India, against a sectarian and totalitarian RSS, is winnable. Pinarayi Vijayan is proof of that.

This book depicts the theatre’s history, work, and vision through some of its key people. It gives room to thorough analyses of the context in which it operates and of the concept of Cultural Resistance, which is central to its work. Palestinian and international artists, academics and activists associated with the theatre, contribute personal and professional perspectives on the phenomenon that is The Freedom Theatre. This is as much a documentation of the work of The Freedom Theatre in its first ten years as it is a testament to its growing significance as a source of inspiration in Palestine and around the world.

Kuldeep Kumar reviewed the book for Frontline magazine. An excerpt from the review:

"Those who are interested in understanding the nature and dynamics of cultural activities of those who are living and functioning under oppressive conditions of occupation will find this book indispensable. It also underlines the fact that howsoever brutal a repressive regime might be, it cannot control or diminish oppressed people’s creative urges and cultural expression that invariably take the form of cultural resistance although its core remains political."