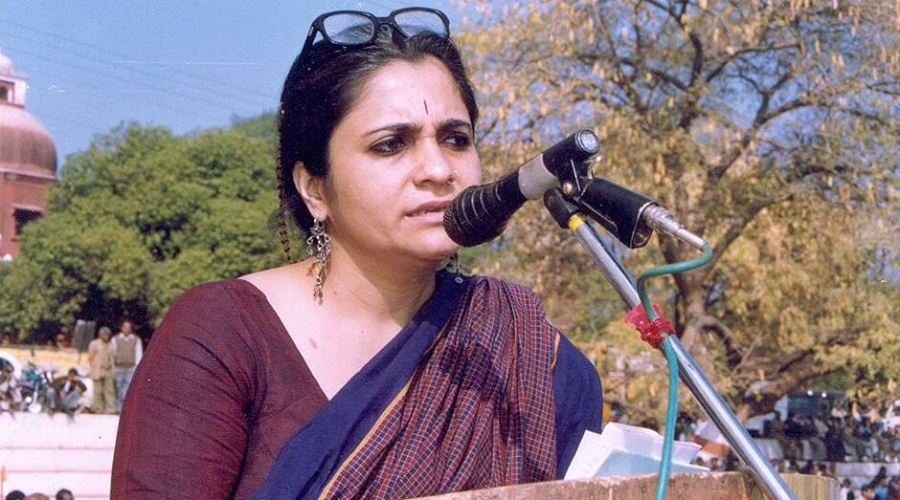 One of the people who have consistently sought justice for the victims of the 2002 Gujarat pogrom is Teesta Setalvad. As one would expect, she faced harassment at the hands of the government. Fortunately, she didn’t give up. In this extract from Foot Soldier of the Constitution: A Memoir (also available in Hindi), she talks about the treatment meted out to her.

I had a premonition on 24 July 2015, the day of the hearing before the Central Bureau of Investigation (CBI) court in Mumbai. I could see the stakes clearly: the might of the State and the hatred directed towards me. I was in the dock. I could go to jail, where the incarceration would have been in the hands of the foot-soldiers of a hate-driven administration. Anticipatory bail seemed improbable given the attitude of the CBI and the courts.

The past ten days had been tense. The CBI conducted ignominious, clumsy and vindictive raids against me, both at my home and office, on 14 and 15 July. This agency is directly under the command of the Prime Minister’s office. It seemed motivated to harass me, to intimidate me into silence. The raids had drawn national and international media attention. The media wondered about the motives behind the raid. Was this to do with the Zakia Jafri criminal revision? Zakia Jafri had filed her appeal against the rejection of her protest petition (26 December 2014) in disagreement with the investigating agency – the SIT. Filed on 15 March 2014, that petition was to be heard by the Gujarat High Court on 4 and 5 August.* Weeks before that hearing, the State threw its might at me. Was this a coincidence or was this an attempt by the government to intimidate the persistent quest for justice into silence?

What was I being charged with? The accusations dripped with vindictiveness. Earlier it had been a criminal case by the Gujarat police. Now it was accusations of violations of the Foreign Contribution Regulation Act (FCRA) by the Government. In both cases, for the first time both Javed and I were being drawn into the web of State intimidation. Earlier in four false criminal cases filed against me since 2004, I had been the sole target. We had turned over twenty five thousand pages of documents to the investigating agency in the first case (January 2014-April 2015) and when we had whiffs of the second one, had written to the CBI (30 June 2015) offering full cooperation. There was nothing to hide. The Government that denied a CBI investigation in the Vyapam scam case, decided to prosecute me with alacrity.

I don’t wear the feeling of being a victim on my sleeve. That is not my character. But I did feel as I went into the courtroom that morning that the State’s vindictiveness towards me was venal. I was a target of this government, which was hell bent on my incarceration at any cost. I did not share this premonition with anyone. The CBI had insisted on our presence in the courtroom. This is a requirement in the Maharashtra courts. The hearing went on interminably. The afternoon drew towards evening. I was sure that the Judge would reject our bail application and send us, with little time to appeal, to a police lock up.

Our lawyers were fully prepared to rush down the street to make a quick appeal at the High Court. But this was Friday and the day was almost over. When the Judge finally rejected my appeal, I broke convention, walked to the front of the bench and addressed the Court. ‘M’Lord, I do hope that you know what you have done.

Being a judicial decision, I respect it. But by taking this view, with the full knowledge of the vendetta directed against me, you have endangered the life of my family and myself.’

What followed was a tense and chilling blur.

Friends and comrades – activist journalists, activists from the far left and from the Communist Party of India (Marxist) – had stood with us in the court. I knew they were there. I got immense strength from them.

We moved swiftly to the High Court for a stay on the CBI Court’s order. Television cameras played out the drama. There was barely-veiled and gleeful vindictiveness in their voyeurism. No one was sure of the outcome. These were difficult hours. Finally, just before the Bombay High Court concluded its work for the day, the Judge hearing the matter stayed the order and granted us protection. It was an immeasurable relief.

The Government has – almost obsessively – sought to cut me down to size. In 2004, I was accused of kidnapping and tutoring witnesses. The accusations of Zahira Shaikh became the spear. By 2010-11, the accusations changed to ‘submitting false affidavits before the Courts’. By 2014, it was ‘financial embezzlement’, in which both Javed and I were implicated (including Tanvirbhai Jafri, Firoz Pathan and Salim Sandhi – all victim survivors and eye-witnesses in the case). By 2016, we had become a threat to ‘national security’. The ostensible reason was a consultancy with Ford Foundation, entered into after taking full legal advice between 2004 and 2009. It is ironic that the Modi regime wanted to ‘book us for offences’ that allegedly took place five years before 2016! Spokespersons of the ruling dispensation – possibly in a cheap bid to scare us off – have said in June of 2016 on commercial national television (Zee News) that they’d get us one way or another.

The edge of intimidation and violence should not be ignored. My car was stoned in Gujarat on 22 March 2002. In September 2010, a car tried to run me down on the premises of the old High Court buildings, where the Gulberg, Naroda Patiya and Gaam trials were being heard. In the mid-2000s, powerful accused politicians Babu Bajrangi Patel and Maya Kodnani (former minister and elected MLA of the BJP) burned effigies of me at Holi. They have done all they could to whip up hostile sentiments of the mob against me.

In Ahmedabad, within the courts, senior advocates have been known to hurl threats, such as ‘We will ensure that she flees the country, never to return’! This was shouted by a senior lawyer with a known RSS background, who has enjoyed influential posts in the UPA II government. He enjoys a lucrative and influential practice even today in the national capital after the change of guard at the Centre. The Shiv Sena mouthpiece Saamna has reviled me long before social media appeared to take over the job. When the Best Bakery case was transferred from Gujarat to Mumbai, the Shiv Sena felt it had to take charge on its turf. Some of this goes back to the days after 1992-93, when we had called for accountability based on Justice B. N. Srikrishna’s Report on the violence in Bombay. The Shiv Sena – as the rest of the supremacist right – does not easily forget.