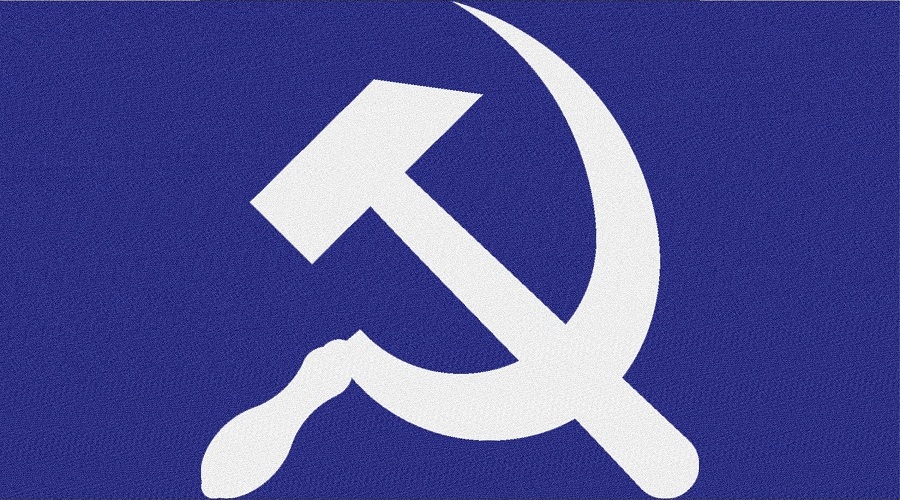 In 2017, we published a book titled India and Communism (also available in Hindi). Written by B.R. Ambedkar, it contained two finished chapters from an incomplete manuscript for a book which he would have called by that name. It offers insights into what he thought about communism. In his introduction to the volume, Anand Teltumbde discusses what is contained in the two chapters and what the rest of the book is about:

Ambedkar spoke out about his reservations on Marxism. If he had completed this book which he had called India and Communism, planned towards the end of his life, it would have thrown more light on what he thought about it. Fortunately for us there are two chapters from this book to surmise the content of the balance of the chapters. Part I of the book, titled The Pre-requisites of Communism contained three chapters. Chapter 1 appears to be descriptive, stressing the difference between the social structures of Western Europe, especially Germany and England, associated with Marx and Engels, and that of India, where caste rules the roost. Ambedkar might have emphasized the congeniality of soil in Europe for that kind of idea – socialism – to germinate. Perhaps he might have dwelt upon the social and religious revolutions that befell those societies as referred to in his Annihilation of Caste and perhaps described the content of the European Renaissance and how it catalysed consciousness in people to bring about a series of revolutions. He could have contrasted it with the fossilised Indian society that could not produce any such philosophy, mainly due to the caste system. The second chapter is on communism and democracy on which his views are well known through his speech, Buddha and Karl Marx. The third chapter ‘Communism & Social Order’ perhaps might have been his view of how this communist society would look. One can also guess, what he would think of it. According to him, communism would bring equality but not liberty and fraternity as communism subordinates the individual to the collective and hence curbs individual liberty. Since only free individuals could develop a sense of fellow-feeling, it is unlikely that the communist social order would have fraternity. This is … Ambedkar’s view, rooted in his liberal world-view.

We are fortunate to have two of three chapters from Part II of the book: Chapter 4, ‘The Hindu Social Order’, and chapter 5, ‘The Basis of the Hindu Social Order’. Ambedkar explained how the Hindu social order was not a free social order. He gave two fundamental criteria for a free social order. The first one is that the individual is an end in himself and that the aim and object of society is the growth of the individual and the development of his personality. Society is not above an individual and if an individual has to subordinate himself to society, it is because such subordination is for his betterment and only to the extent necessary. The second essential is that the terms of associated life between members of society must be regarded by consideration founded on liberty, equality and fraternity. Chapter 6 was to discuss the impediments to communism arising from the social order. What impediments would he have listed? The foremost is of course caste and Brahmanism that informs it. He also had indicated in Annihilation of Caste the necessity for the destruction of the Hindu Dharmashastras, particularly the Smrutis and Puranas. Unless the larger population is freed of this garbage, he would reiterate that revolutionary class-consciousness would be unthinkable in India.

In the third section of the book, ‘What then shall we do?’, there are two chapters: Chapter 1 – ‘Marx and the European Social Order’ and Chapter 2 – ‘Manu and the Hindu Social Order’. One does not know what would have been the contents of these chapters. The chapters were perhaps not written and no notes are left amongst his papers. Probably, he would have discussed the ways and means to transcend these social orders to create communist society. Or else he might have compared Marx’s impact on a society where – as Marx wrote in Capital – the idea of equality had become ‘a popular prejudice’ as against a social order where – as Manu would have it – equality is anathema. India’s soil needs to be made fertile for communism. It is sterile because of Manuism, the barrier to Marxism.

The importance of this incomplete book is not as much in its content as it is in the message that Ambedkar cared for communism. Despite the history of bitterness between him and the communists in India, he cared to think of reminding Indians about the prerequisites for communism. If he had been antagonistically oriented towards Marxism as propagandised by vested interests, one could logically ask why would he worry about thinking of impediments in the path of communism in India? If he had concluded that communism was trash, why would he write to Gaikwad in 1952 and 1953 that ‘I am inclined to think that our people may join the communists if they think that can give them immediate relief?’ All this also does not mean that he was positively disposed towards communism. All that it means is that he knew communism was certainly an emancipatory philosophy and had a huge attraction for the toiling masses, but did not have much to offer in direct terms to Dalits who were not as much the victims of economic exploitation as they were the victims of the oppressive social structure. He was absolutely right in saying that unless caste consciousness is wiped out, class-consciousness would not germinate. The only proviso I would add is that this is not a question of one or the other but a question of struggle against caste as a class. It is only through struggle that caste consciousness would be displaced and class-consciousness germinated.

The very fact that Ambedkar planned such a book, outlining the preconditions for communism, shows that he respected communism as desirable but did not see it as feasible without the accomplishment of certain other tasks. He certainly thought, as reflected in many of his writings starting from Annihilation of Caste, that Indian society was not yet ready for communist revolution. For instance, he observed, ‘generally speaking History bears out the proposition that political revolutions have always been preceded by social and religious revolutions’. It was obviously in response to communist arguments informed by ‘base and superstructure’ that unless the economic (not political) structure of the society is changed the superstructure of caste would not change. This argument could be better faulted by showing that castes were not merely a religious or socio-cultural matter but as discussed before had an economic content as well. But Ambedkar, in his anxiety to disprove the communists’ thesis, fell into their trap conceding that castes indeed were religious products and hence part of the superstructure. Also, there was no contention between religious and political in the communist argument; both being part of the superstructure; the base was supposed to comprise economic.

Ambedkar always thought that unless caste consciousness was killed, there might not be any germination of class-consciousness. The communists of his day with their doctrinaire approach to the problem had only contributed to the hardening of his opinions along these lines. If they had initiated a constructive dialogue and discussed the modalities of dealing with caste, his sequential reading of these revolutions perhaps could have been changed to a dialectical form. But that is a hypothetical thought. The current book, if he had completed it, would have cleared many such issues. His motivation to write such a book rather reflects a certain affinity between him and Marx. Ambedkar shared with Marx and with liberal Enlightenment thinkers a belief in progress, a conviction that history brought with it an advance in human welfare. In Marxist terms we can interpret this as the advance in the forces of production that brings with it an advance in human capacities; in liberal terms we can speak of an advance in freedom. Ambedkar also believed that human history is a history of progress, a forward movement and not simply a phase in endless cycles or final degeneration. He differed with Marx in interpreting the motive force of human history.