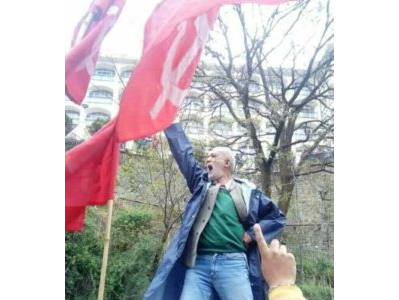 In an alternative world, the BJP would have been routed in both Himachal Pradesh and Gujarat. It is the Party of the Rich, the party of corruption and deceit,  the party with fangs against minorities - particularly Muslims. Why a party with such fangs can win elections is to be seriously considered. Books - such as Manjari Katju's new Hinduising Democracy - suggest that the rise of the BJP and its Sangh Parivar has virtually overrun not only democratic institutions but also the culture of democracy. A great many commentators wrote to say that one of the achievements of the BJP has been to silence Muslim voices during elections, to ensure that Muslims - once a key part of the Democratic coalition - have been sidelined from being able to make an electoral impact. This has been Modi's 'Gujarat Model' and it became Adityanath's 'UP Model' - where Muslims, a key part of the social fabric, saw their votes rendered electorally meaningless.
But it is not only the BJP's erosion of democratic culture that is the problem. The Congress Party - which has been the main opposition to the BJP in these two states - is wracked with corruption and deceit, with being unable to appeal to the people as the party of the people. The Congress Party lost in Himachal Pradesh because its leader - Virbhadra Singh - ran a government that became known for its corruption and misrule, for its inability to stand with the people against the mafias of industry and extraction. Why would the people vote for the Congress in such a context? It has sullied its association with the freedom movement through this slide into the pockets of big business. In Gujarat, the Congress fought a tough fight, but even here the idea of the Congress is no longer that of being the party of the poor.

Jignesh Mevani
Fortunately for the Congress, it linked up with key independent voices such as Jignesh Mevani and Alpesh Thakor who provided a boost to its fortunes. Jignesh Mevani and Alpesh Thakor both won from their respective constituencies today at a time when many senior Congress leaders in Gujarat lost their seats. Jignesh won from Vadgam seat, defeating BJP’s nominee Vijay Chakravarti by 19,696 votes while Alpesh defeated BJP's Solanki Thakor by a margin of 14857 votes in the Radhanpur constituency.
It is a symbol of the kind of alternative that is possible that in Theog (Himachal Pradesh) it was the CPI-M Rakesh Singha who won the seat.

Singha came before the people after a decade's long history of struggle - with the apple growers association, with the farmers of the state as the Kisan Sabha leader, as the comrade who lead the struggle against the Jaypee Company's Wangtoo Karcham hydroelectric power project in Kinnaur (a company car ran over him, attempting - stupidly - to think that this would silence his voice), as the comrade who fought for justice for Guidya. All this and more. Comrade Singha is a standard bearer of a people's politics. What he will do in Himachal Pradesh, Jignesh Mevani will do in Gujarat. Both will raise the voices of the people in the Assemblies, fight to build the basis for a new kind of democratic culture, build the basis for a real, powerful fightback against the corrosive politics of Money and Muscle, Hatred and Fear.

As highlighted by CPIM in its press release after the verdict, the results reflect a clear discontent among the voters against the anti-people policies of the Modi-led BJP government. But if the opposition is looking to channelize this discontent and to appeal to these voters, what it needs is a clear alternative programme against the Hindutva politics of the BJP drawing fresh battlegrounds.