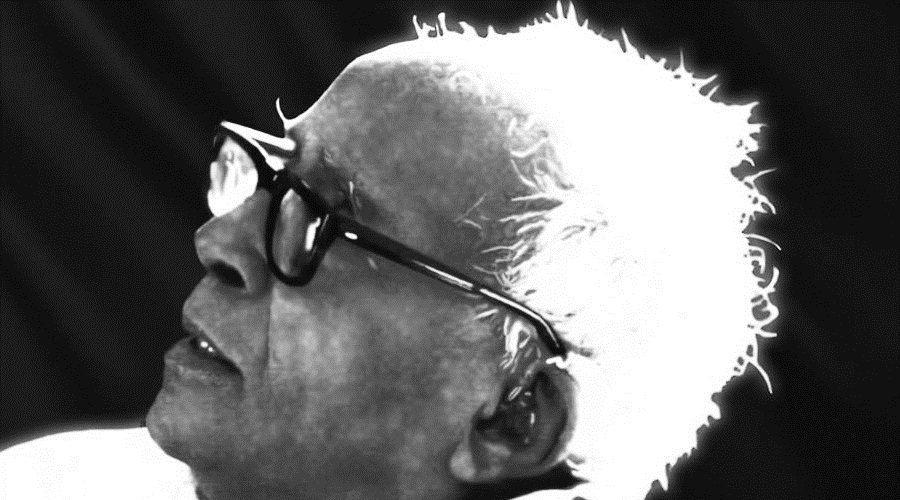 We’ve all noted with admiration in several weeks past—with envy if you’re a chief minister outside Kerala—how Kerala has flattened its Covid-19 curve. While the state’s renaissance set in motion processes that led to what we have today, the role of the left front in the state’s development cannot be ignored. Here’s a 1996 article by E.M.S. Namboodiripad from Frontline that explains how the Left Democratic Front helped develop Kerala, from The Frontline Years (LeftWord, 2010).

Planning from Below—and Above

In half a year from now, the Ninth Five-Year Plan will be inaugurated. As in other States of India, in Kerala too preparations for this have started. But there is a difference: for the first time in India the principle of ‘planning from below’, ‘planning with people’s participation’ is sought to be implemented. A committee for people’s participation in the process of planning has been set up. Gram sabhas in the rural areas and ward sabhas in the urban areas are now engaged in discussions. Men and women, young and old, are joining in the discussions on what they require, how much they themselves would contribute and other details of planning from below.

The Left Democratic Front (LDF) Government as well as the Opposition parties, together with non-party individuals, are in the field explaining to the people why they should not depend on ‘instructions’ from above and, instead, why they should do their own thinking and participate in the process of planning even at the State and Central levels. These discussions will be followed by seminars at the panchayat, block, district and urban body levels. The inputs from these bodies will then be integrated by the State Planning Board as material for the preparation of the State’s Ninth Five-Year Plan.

This process, however, requires as much planning from above as from below. For, the people below only know what they want; they do not have the know-how of the ways in which they can get what they want. This means that the State Government and the Planning Board working under it and other official and non-official agencies should educate the people on what the problems of the State as a whole are.

This is particularly so because, for historical reasons, Kerala is politically divided sharply into two formations—the United Democratic Front (UDF) and the LDF. Furthermore, the consciousness of the people is such that they do not understand the significance of production activities, their attention being focused only on the social services sector. For the common man in Kerala, development means only more and more schools, more and more hospitals, more and more transport facilities and so on. They do not understand that although these are undoubtedly important, they cannot develop the State unless the productive sector—industries and agriculture in particular—is put on a healthy basis. The State Government and the Planning Board, therefore, are putting greater emphasis on industrial and agricultural production, on increasing productivity in both industry and agriculture. Technically competent personnel, socio-political activists, governmental agencies and so on should as much learn from the working people as they impart education in modern technologies of production.

These personnel were to organize similar camps for 6,000 districtlevel trainees. However, the total number of persons who were trained in the camp rose to 10,000. These instructors, in their turn, conducted local camps for 50,000 persons—at the rate of 40 for every panchayat—who trained a couple of instructors for every gram and ward level personnel. Such a massive campaign of training personnel for planning from below has never been attempted in this State.

It was after this preparatory work that the gram and ward sabhas were organized—a process which has only begun at the time of writing. From the experience of this writer who observed three gram sabhas, it is clear that the common people are active participants in the discussion not only on what they want but on what contributions they can make in the development of their area.

Although prepared by the LDF Government and the State Planning Board, the movement has had the unanimous support of all political parties, of socio-political organizations and of independent individuals. A broadbased Committee that has been organizing this massive campaign has on it all the former Chief Ministers of the State—one as the chairman and the others as vice-chairman—and also three well-known independent individuals—Justice V. R. Krishna Iyer, Sukumar Azhikode and Dr. K.N. Raj.

Furthermore, it has as its members all MLAs and MPs from the State (including the single BJP MP, who has been elected from Madhya Pradesh), functionaries of all major political parties and socio-cultural organizations, and independent individuals in the State. Every one of them is unanimous that this is a laudable project, though many had their reservations on the practical working of the project.

This does not mean that the political polarization between the LDF and the UDF has been overcome. On the other hand, at the very time when work in connection with people’s planning was actively going on, there was continuous confrontation between the ruling and Opposition coalitions in the Assembly. Leaders of the UDF are also making hectic preparations to defeat the LDF candidates in the two by-elections to the State Assembly. Nobody has the illusion that the UDF will give up its struggle against the LDF Government. The fact, however, remains that the two combinations have come together on this single issue of making local bodies work for developmental activities. This augurs well for the politics of the State.

It should be recalled that politics in the State has remained polarized ever since the first Communist Government was installed in office in 1957. In election after election since then, either one or the other combination secured a majority in the Assembly and formed the Government, but the victory was with a small margin of 2 to 3 per cent of the vote. Even in the recent elections to the 10th Legislature, the LDF won with a small majority. How to build a bridge between the two contesting combinations has therefore been the principal question in Kerala politics.

The merit of the people’s campaign for planning from below is that there is a growing realization that there is something more important for the two combinations than contesting for ministerial offices. The muchlauded ‘Kerala model’ of economic development has put the State in such a situation that it has to depend on other States of India and even other countries for almost all its requirements including rice, the staple diet of the people, and such articles of daily use as vegetables, fruits and milk products. This situation exists despite the fact that the natural resources of the State are such that it cannot only be self-sufficient in all articles of daily consumption but export them.

The unfortunate fact is that the vast natural resources of the State remain untapped, agricultural land is turned into non-agricultural land and human (labour) resources that can be used for increasing production and productivity in the State are being exported to the Gulf and other foreign countries. The State has immense resources by way of technical knowledge stored in numerous research institutions. The question is how to bring the untapped material resources together with the immense manpower that the State is forced to export.

The solution to this problem requires a complete re-education of the mass mind—educating the masses on the crucial importance of increasing production and productivity, integrating the mass of trained and nontrained labour with the immense store of know-how of the research institutions. Quantitative increase in the production of material values and qualitative improvement in the products that are turned out from land and factories—this is the essence of the socio-economic and political problem in Kerala.

Very much, of course, depends on the shape of the Ninth Five-Year Plan at the national level. Will it start the process of ending the dependence on the globalization process, the privatization and liberalization policies of the Narasimha Rao Government which, by and large, are being continued by the present Deve Gowda Government? The people and the Government of Kerala have, of course, to fight for a reversal of policies at the level of the Central Government.

But, now that the Government in Kerala is headed by the Left Democratic combination and the majority of the panchayat raj institutions and urban bodies are controlled by the LDF, there is every possibility that a modest beginning can be made by way of restructuring the socio-economic development of the State. It will also help the beginning of a political process through which the two combinations in the State come together to solve the common problems. That is the modest aim with which the LDF Government and the State Planning Board have formulated and are implementing their programme of people’s campaign for the local-bodies-oriented Ninth Five-Year Plan.