Maxwell Bodenheim was an American poet and novelist. A literary figure in Chicago, he later went to New York where he became known as the King of Greenwich Village Bohemians. His writing brought hi 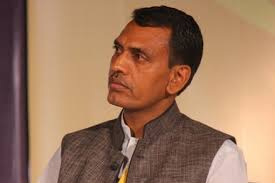 Born in 1975, Bhanwar Meghwanshi joined the Rashtriya Swayamsevak Sangh at the age of thirteen. Since leaving the RSS in 1991, he has been an activist and a journalist chronicling the Dalit movemen

B. Kesharshivam is the pen name of B.S. Jadav, which he coined by combining his parents' names and placing Dr. B.R. Ambedkar's first initial in front. He has written many novels and short stories,