C.K. Johri is an economist, educated at the Universities of Allahabad and Michigan (Ann Arbor, Michigan). He spent the longest span of work at the Shri Ram Centre for Industrial Relations & Hum

Harry Magdoff (1913-2006) was an American socialist and influential Marxist economist. He was co-editor, along with Paul Sweezy, of the independent Marxian journal Monthly Review for many year 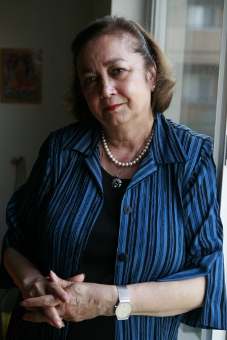 Shahrnush Parsipur, born in Iran in 1946, began her career as a fiction writer and producer at Iranian National Television and Radio. Shortly after the publication of Women Without Men in 1989, Par

Rajelakshmy was an eminent novelist, short story writer and poet and the first woman novelist to win the Kerala Sahitya Akademi Award.