Since the Great Financial Crisis swept across the world in 2008, there have been few certainties regarding the trajectory of global capitalism, let alone the politics taking hold in individual states. This has now given way to palpable confusion regarding what sense to make of this world in a political conjuncture marked by Donald Trump's 'Make America Great Again' presidency of the United States, on the one hand, and, on the other, Xi Jinping's ambitious agenda in consolidating his position as 'core leader' at the top of the Chinese state.

Some of the questions dealt with here are:–

* Is a major redrawing of the map of global capitalism underway?

* Is an unwinding of globalization in train, or will it continue, but with closure to the mobility of labour?

* Is there a legitimacy crisis for neoliberalism even while neoliberal practices continue to form state policy?

* Are we witnessing an authoritarian mutation of liberal democracy in the 21st century?

* Should the strategic issues today be posed in terms of 'socialism versus barbarism redux'?

Ana Garcia teaches history and international relations at the Federal Rural University of Rio de Janeiro and is an associate of the Institute of Alternative Policies in the Southern Cone of Latin America.

Ben Fine is Professor of Economics at the University of London's School of Oriental and African Studies.

Patrick Bond, based in South Africa since 1990 mainly at the University of KwaZulu-Natal and Wits University, recently authored Elite Transition (third edition), South Africa: The Present as History (coauthored with John Saul) and Politics of Climate Justice. 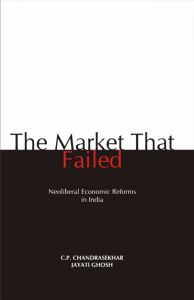